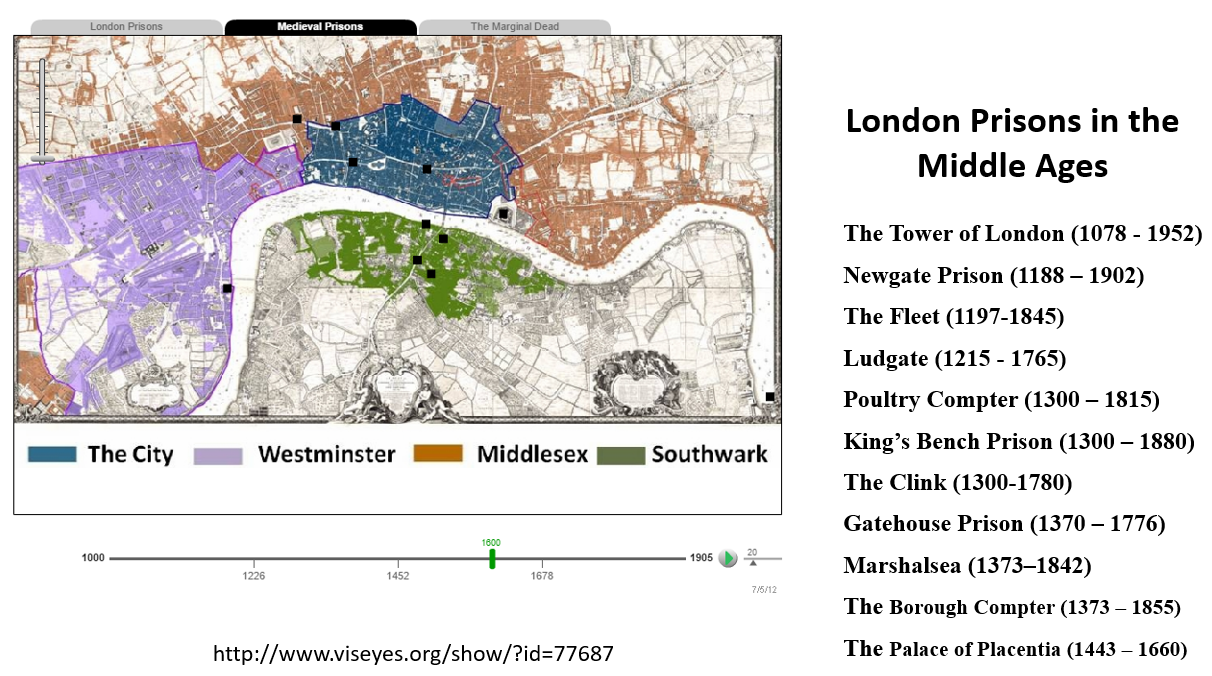 My research focuses on representations of pre- and post-mortem punitive spaces in Old and Middle English literature. My book project explores the many features that medieval penal spaces, such as Purgatory, Limbo, and Hell have in common with earthly carceral spaces, and the ways in which marginal figures—such as dead pagans, excommunicants, restless ghosts, and even devils—in medieval narratives engage with those spaces. I argue that in the Middle Ages, prison inmates and the restless dead were of liminal status, and their permeable confines occupied the center of each medieval community’s social, economic, and spiritual landscape. Punitive measures were a means of correction and rehabilitation, and liminal figures were reintegrated after a relatively short period of punishment. Over time, however, as both religious and secular penal practices evolved, the connection between purgation and imprisonment became more attenuated, and liminal figures moved to the periphery of the medieval imaginary. I illustrate this point by using an online time-lapse mapping tool to chart the movement of gaols, prisons, churches, and graveyards from the heart of each medieval community to the periphery, demonstrating that as these punitive spaces shifted from center to margin, the once-strong association between prison and Purgatory began to diminish and was eventually lost.

“Using Data and Design to Bring the New Variorum Shakespeare Online.” In The Routledge Handbook of Shakespeare and Interface. Edited by Paul Budra and Clifford Werier, co-authored with Anne Burdick, Bryan Tarpley, and Laura Mandell (forthcoming).

“Modeling a Factoid Prosopography with TEI and Linked Data.” Journal of the Text Encoding Initiative, co-authored with Daniel Schwartz and Nathan Gibson. March, 2022.

“if (not “Quantize, Click, and Conclude”){DigitalMethodsInMedievalStudies();}.” Meeting the Medieval in a Digital World, edited by Matthew Evan Davis, Tamsyn Mahoney-Steel, and Ece Turnator. Arc Humanities Press, 2018. 27-44.

The Digital New Variorum Edition of Shakespeare (NVS)Information Pages, including “How to NVS,” “About NVS,” “Contributors,” “Print Edition,” and “How to NVS” video tutorials. https://newvariorumshakespeare.org/

Latin to English translation of selections from Carmina Burana in “The Cult Next Door: The Mystery and Madness of Heaven’s Gate,” 20/20 | ABC News, anchored by Diane Sawyer. Season 44, Episode 17, aired on Hulu on March 11, 2022.

Research Consultant for Marginalia, an independent film based on the 1634 Loudun possessions. Directed by Mark Beal (in production).

“Formulas as a Test for Verse-Medial Extrametrical Syllables in Old English Poetry.” Article in progress, co-authoring with Britt Mize.

Mapping the Medieval World with VisualEyes

Mapping Networks in The Lives of St. Margaret 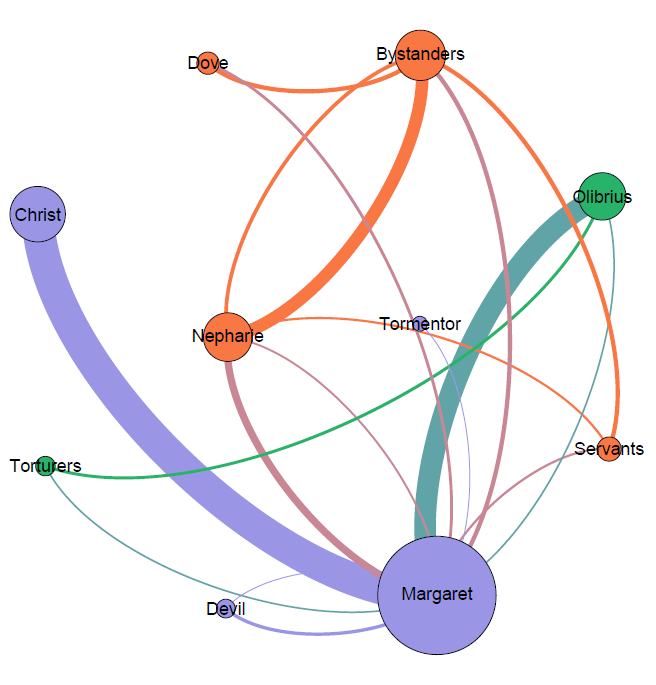 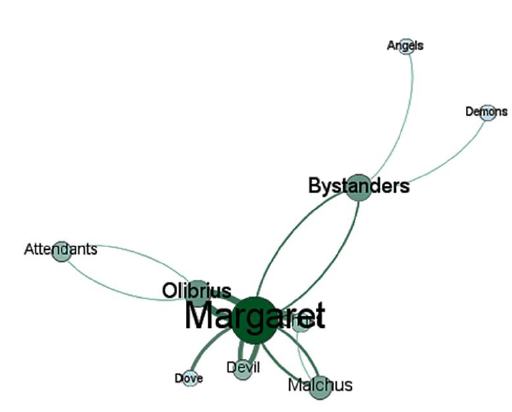 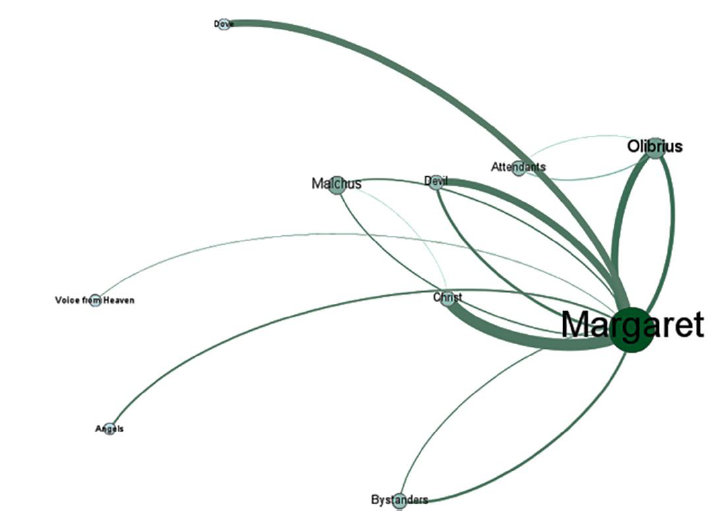 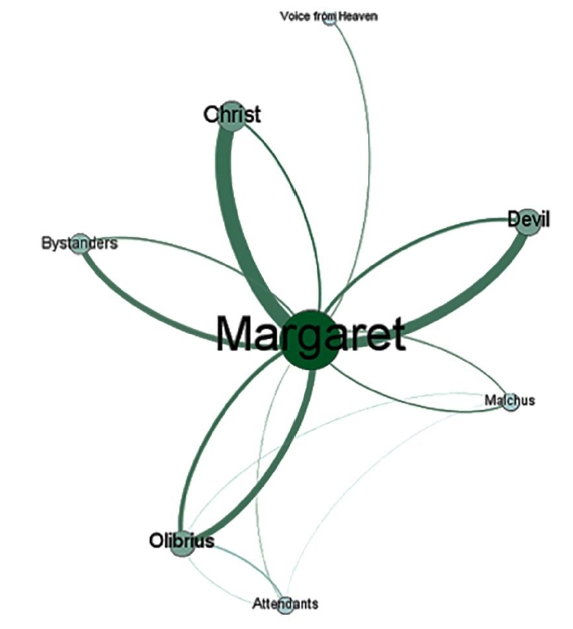 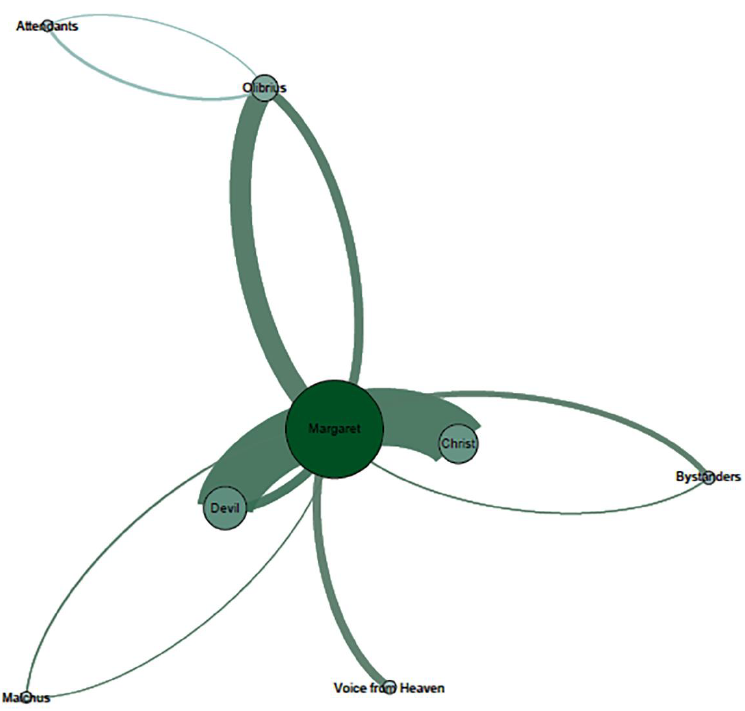 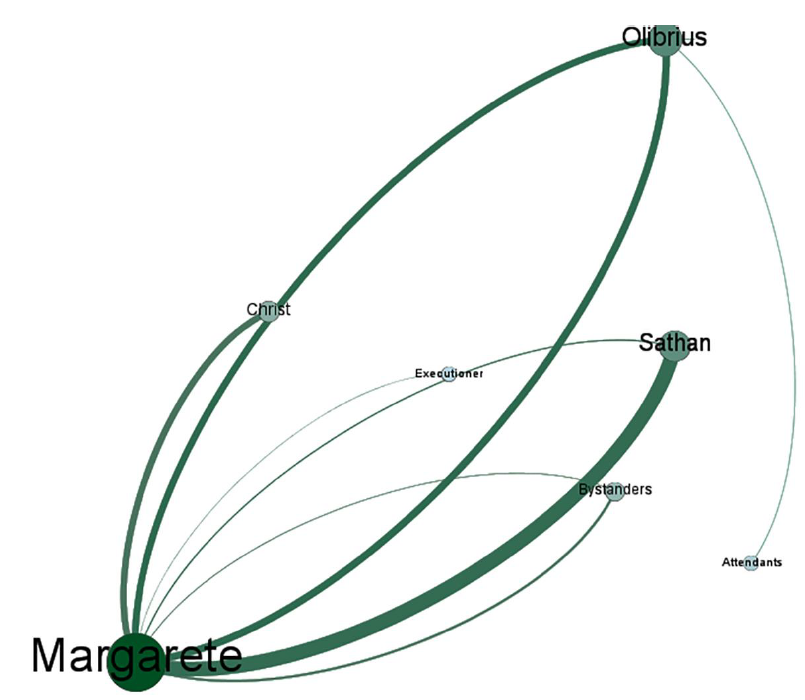 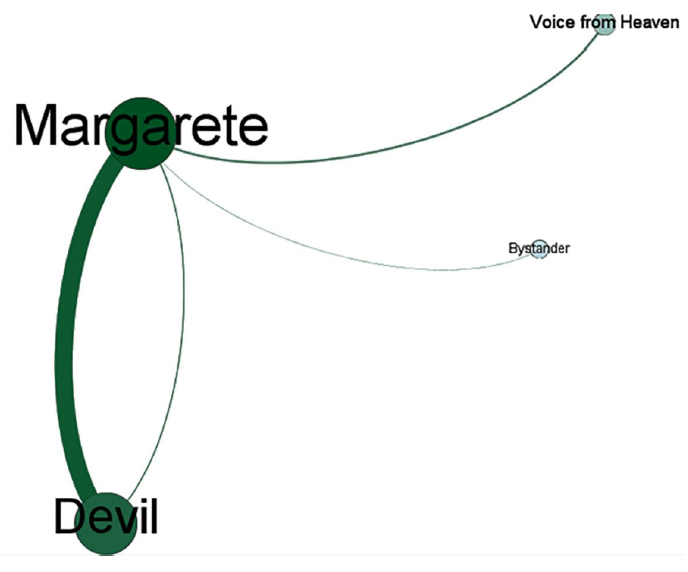 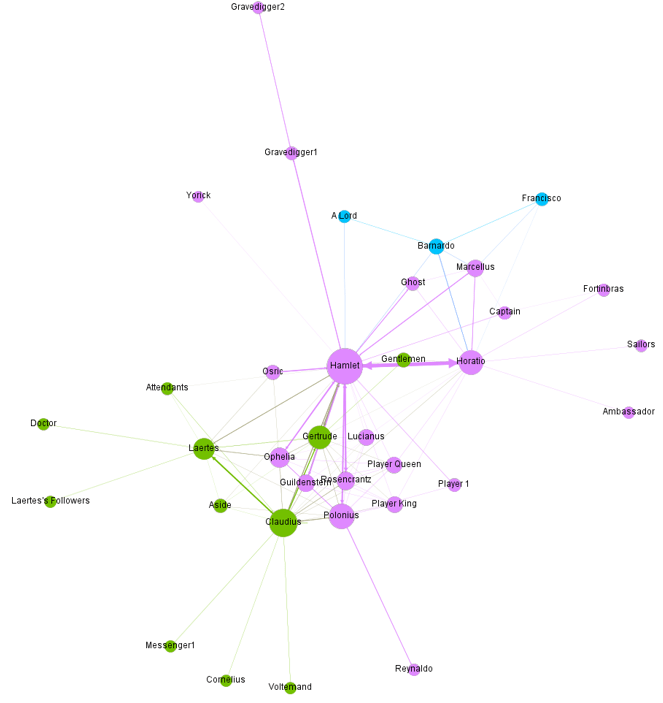 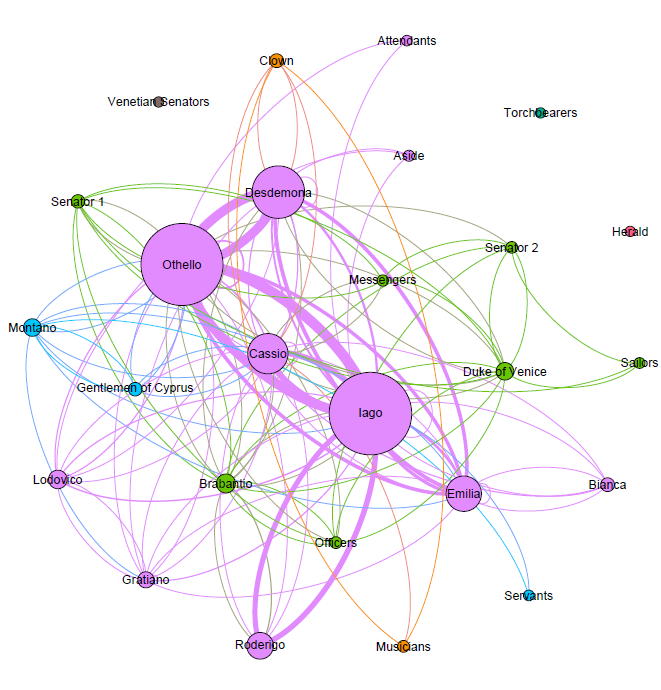 Network Graph Generated for The Tempest 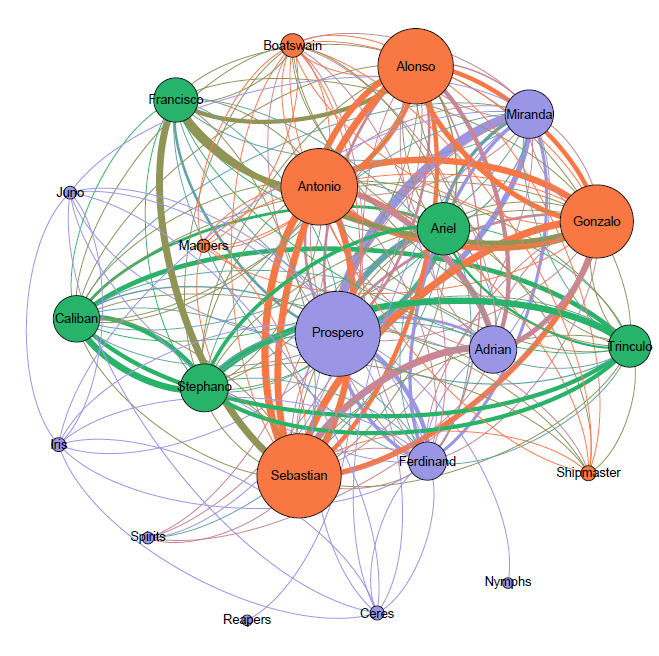